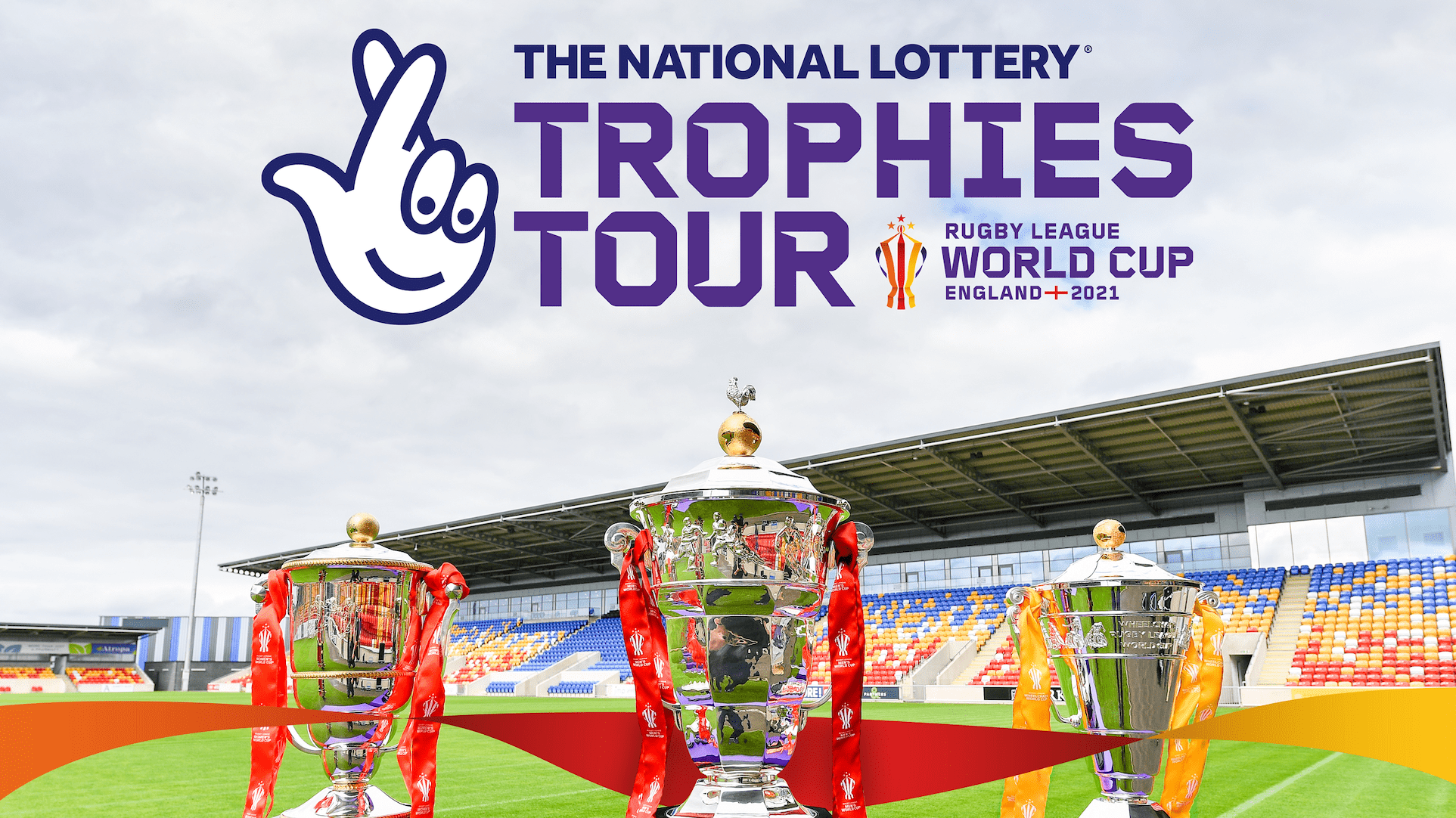 Rugby League World Cup 2021 is delighted to announce â€˜The National Lottery Trophies Tourâ€™ which will kick off in Newcastle on Friday 26 August, marking 50 days to go until the start of the tournament.

With excitement continuing to build for the opening match between England and Samoa at St Jamesâ€™ Park on 15 October, the trophies for the menâ€™s, womenâ€™s and wheelchair tournaments will travel across the country visiting the host towns and cities which will play a crucial role in delivering all 61 matches before finishing back in Newcastle ahead of the opening game.

As well as visiting key venues and communities, The National Lottery Trophies Tour will also take in Super League, Championship and League One clubs and a variety of other exciting events throughout the 50 days.

The trophies will also visit Huddersfield on Monday 29 August to celebrate the 127th anniversary of the birth of rugby league.

â€œAs anticipation for the tournament continues to grow, we are delighted to announce The National Lottery Trophies Tour which will start and finish in Newcastle where we will kick off the tournament with the opening game between England and Samoa men.

â€œThe National Lottery Trophies Tour will raise awareness for the menâ€™s, womenâ€™s and wheelchair tournaments amongst rugby league clubs and their local communities and create excitement for the biggest, best and most inclusive World Cup in the sportâ€™s long history.

â€œWe hope that our trophies will provide inspiration for people to get involved in rugby league and come to one of the 61 fantastic fixtures that we will have in October and November, celebrating all that is great about international rugby league.â€

The National Lottery is an official partner of this yearâ€™s Rugby League World Cup. The partnership includes Â£750,000 of vital financial support, which is going to communities across England through the RLWC21 CreatedBy Grants Programme. The money for this initiative is coming from a National Lottery promotional fund. It is not being funded by money allocated for National Lottery Good Causes or by Camelot.

National Lottery players have also been vital in helping to save the womenâ€™s game during and after the pandemic, with National Lottery Good Causes funding providing the support required to recommence the Womenâ€™s Super League. Between 2022-2027, over Â£9.3M of National Lottery funding will be used to support the development of Rugby League.

More details on the route of The National Lottery Trophy Tour will be revealed ahead of the tour beginning on 26 August.