Host Impact Day Programme to kick off in Leigh

The initiative will see a range of events in host towns and cities, giving communities and local business a unique chance to be a part of RLWC2021 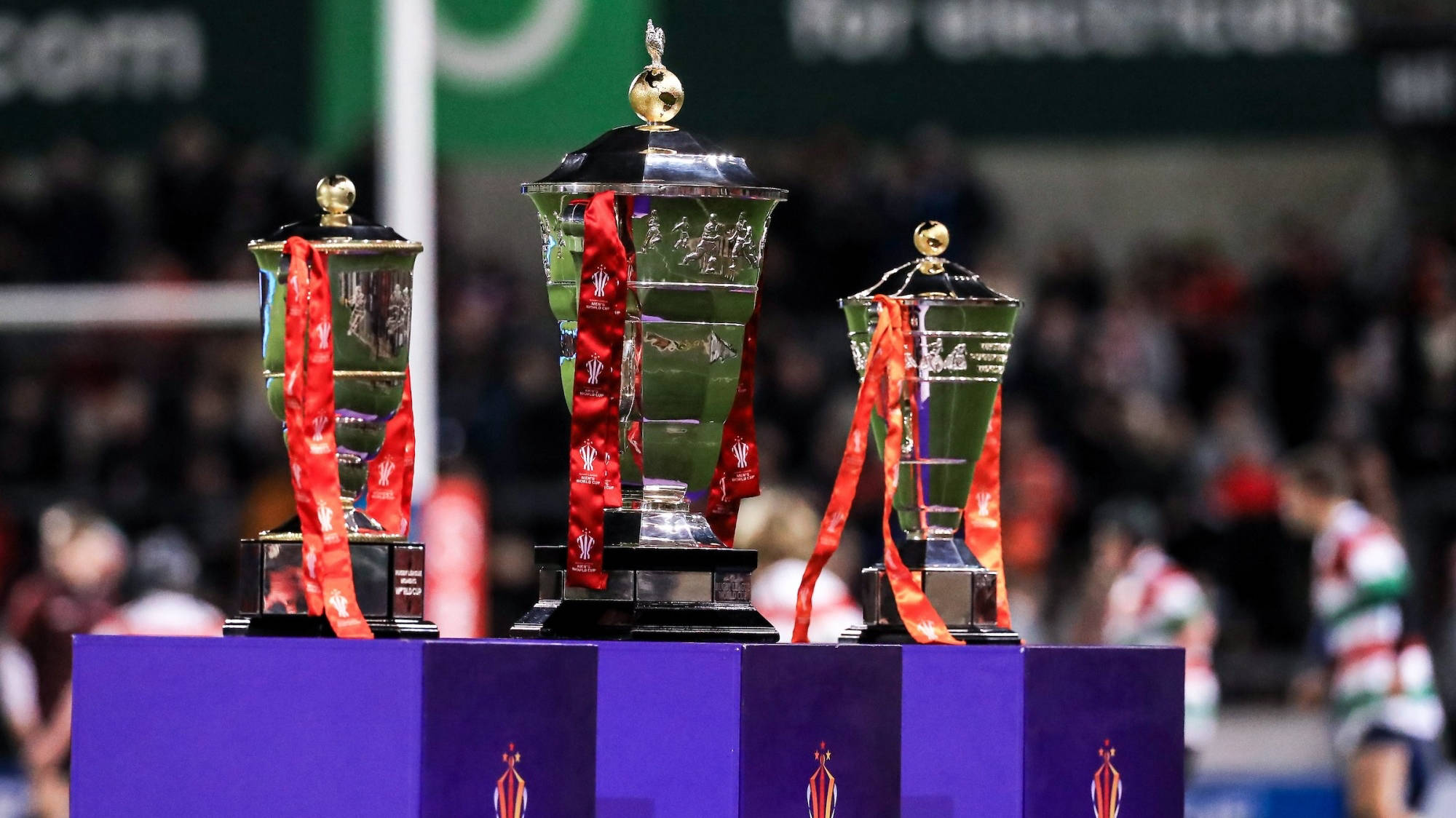 Host Impact Day Programme to kick off in Leigh

The initiative will see a range of events in host towns and cities, giving communities and local business a unique chance to be a part of RLWC2021

The Rugby League World Cup will be heading out on the road once more as part of RLWC2021 Host Impact Day programme, that will visit the towns and cities who will play host to the tournament, which kicks off at St James' Park on 15 October 2022.

The first Host Impact Day will be held in Leigh on Friday 13 May, with a series of events taking place, kicking off with a business breakfast with cross-code legend Jason Robinson and RLWC2021 Chief Executive Jon Dutton in attendance.

This will be followed by visits to a local primary and secondary school where pupils will take part in a coaching session and be able to get their photos taken with the World Cup trophies. The day will conclude with a visit to a local Rugby League Community Club who will be awarded a grant from RLWC2021â€™s CreatedBy programme.

In addition, all attendees at the business breakfast will receive two tickets for one of the three RLWC2021 matches hosted in Leigh. They will be able to give these tickets to recognise an outstanding employee who is making a real difference within their business, or alternatively, auction the tickets off to raise money for RLWC2021â€™s official charity partner Unicef.

â€œIâ€™m really looking forward to starting our series of Host Impact Days on 13 May in Leigh. These events are our chance to visit our host towns and cities as momentum towards the tournament continues to build and to thank our partners for their hard work, commitment and support in helping us to stage this event and shine a light on these fantastic areas.

â€œItâ€™s also a great opportunity for us to create a network of community voices and advocates for the Rugby League World Cup, encouraging local leaders to spread the word about the fantastic fixtures coming to our host towns and cities and generate the excitement and atmosphere that the best players in Rugby League deserve.

â€œCentral to the events is a focus on our social impact programme which has already made a huge difference on community projects in many of these areas, ensuring that RLWC2021 will continue to make a positive impact on peoples lives.â€

Leigh will play host to three fixtures of the Menâ€™s tournament at Leigh Sports Village, kicking off with Wales against the Cook Islands on Wednesday 19 October. This will be followed by Lebanon against Ireland on 23 October with the final match at the Sports Village between Lebanon and Jamaica on 30 October.

If you are a local business in Leigh who would like more information about the business breakfast or would like to attend please complete the form here.