RLWC2021 announces revamped team and agency line up for 2022 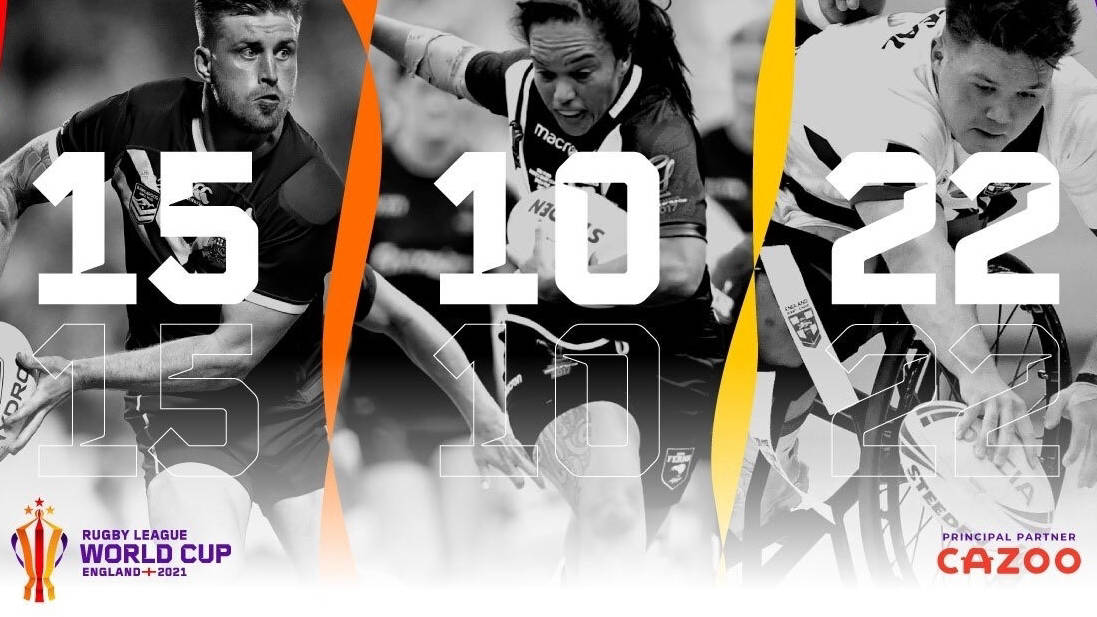 RLWC2021 announces revamped team and agency line up for 2022

Rugby League World Cup 2021 (RLWC2021) has revealed its newly shaped Revenue and Communications team as the organisation announces its new marketing structure and agency roster ahead of the tournament, which now takes place from October 15 to November 19, 2022.

Leading the Revenue team - which brings together the marketing and commercial departments - is experienced sports consultant Mick Hogan who has worked at the highest level across both codes of rugby since the early 1990â€™s. Mick is joined on the senior leadership team by Upneet Thandi, who joins RLWC2021 as Head of Marketing from Scottish Rugby.

Rob Meaden, formerly of the EFL and Birmingham 2022, has joined the tournament as Head of Communications and is a member of the senior leadership team. Rob will work alongside Abby Burton, who joins from British Cycling as Communications Lead, and specialist PR agency Hatch, who have successfully worked with the tournament organisers for the last five years.

The senior leadership team has been further bolstered through the promotion of Lucy Jones (Head of Match Operations), who has extensive experience of managing major sports events, and Jenn Stock, a consultant who will lead on culture and wellbeing.

The award-winning creative agency Cravens have been appointed as Lead Creative Agency, briefed with delivering creative execution of campaigns to help meet the core objectives of the tournament. Cravens are currently planning a new campaign which will go live at the 200 days to go mark on March 30.

Bonded digital and media agency have been appointed to manage all paid media for the tournament, bringing a wealth of experience.

Digital Sports Consultancy Seven League, owned by IMG, have been appointed to lead the digital strategy in the build up to the tournament, which will see the menâ€™s, womenâ€™s and wheelchair tournaments taking part simultaneously for the first time in the history of the competition.

Data and insight specialists Goodform have extended their contract with the tournament, continuing to ensure that insight is at the centre of all marketing activity. Goodform provide the tournament Customer Data Platform, Sportswise, which informs highly targeted campaigns and ticket sales strategy. Goodform will also deliver fan research pre and post tournament which will encompass purchase and attendance attitudes and behaviours, and event experience.

EVENT360, award winning specialists in sports presentation, stadium entertainment and ceremonies, have also been appointed to manage the sports presentation across the tournamentâ€™s venues. They will be responsible for bringing the tournament to life in an innovative and exciting way that reflects the core values of RLWC2021 and delivering an immersive experience for those watching in stadia and at home.

Data, technology and sports marketing specialists InCrowd will lead the Rugby League World Cup takeover of the highly successful Our League app this autumn as the final countdown to the tournament begins. The app will provide the 210K Our League members and new rugby league fans with an exciting, immersive and personalised digital experience including exclusive content, advanced â€œsecond screenâ€ match centres and reward driven gamification.

The remit of the Revenue team is to raise awareness about the tournament, drive sales and ensure there is a world class customer experience across the 61 fixtures taking place. RLWC2021 is a tournament with a purpose and a new marketing focus will see civic pride across the tournamentâ€™s 18 host towns and cities.

On his appointment and the new team Mick Hogan, Director of Revenue, said:

â€œWe have a completely new and exciting challenge ahead of ourselves this year, a year full of international sporting events here in the UK.

â€œWe believe the internal appointments and the agency relationships weâ€™ve developed will allow us to showcase Rugby League to a bigger audience than ever before and will help drive sales while significantly making a difference to the sport regionally, nationally and internationally.â€