The ball has been designed in partnership with Steeden and the Sullivan family to pay tribute to Clive and mark the 50-year anniversary of 1972 Great Britain team he captained to World Cup glory. 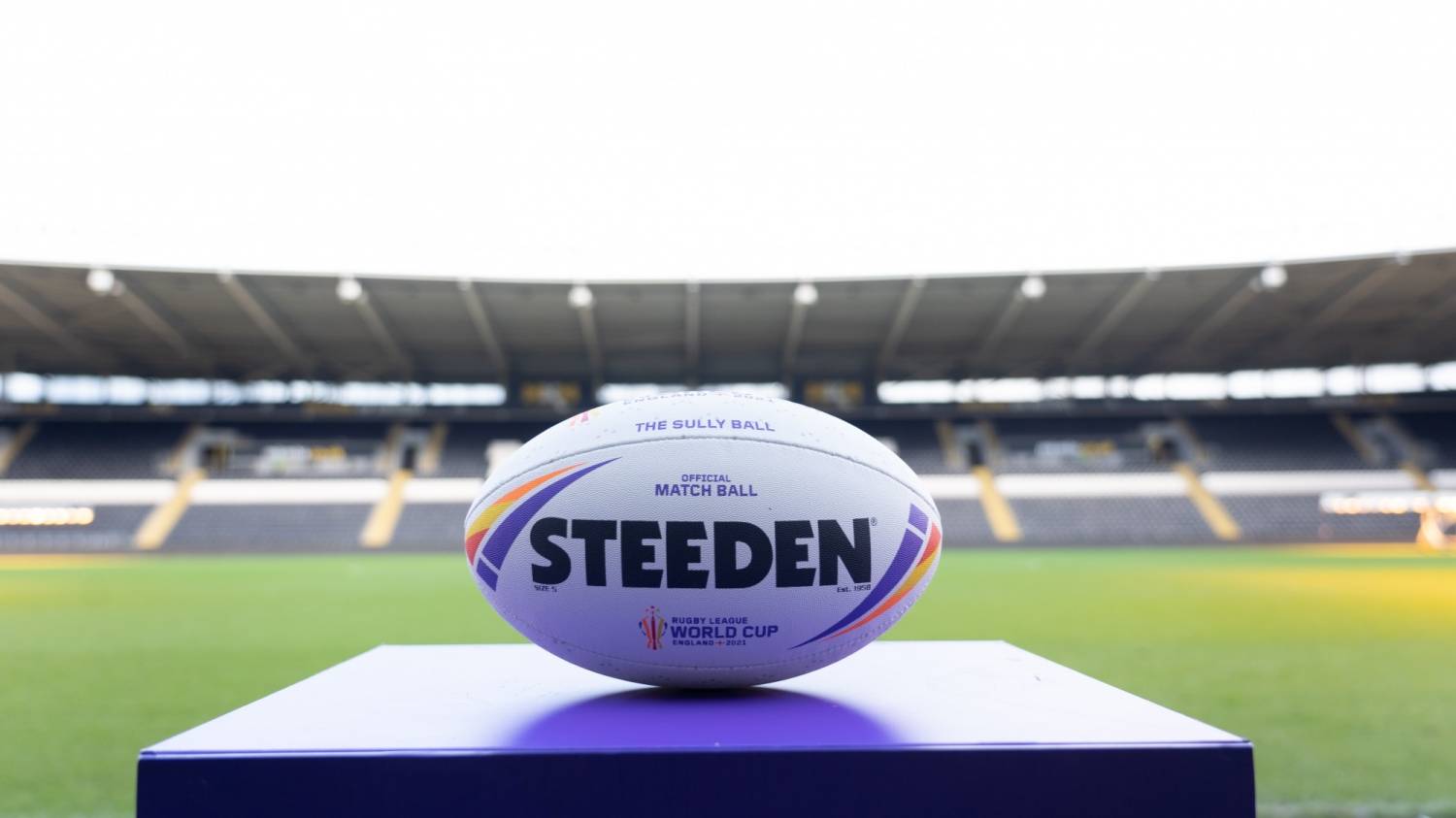 The ball has been designed in partnership with Steeden and the Sullivan family to pay tribute to Clive and mark the 50-year anniversary of 1972 Great Britain team he captained to World Cup glory.

The ‘Sully Ball’ will be used in all 61 RLWC2021 matches across the men’s, women’s and wheelchair tournaments. The match ball has been designed in collaboration with the Sullivan family and Steeden to represent the core values of the tournament, the history of International Rugby League and recognise the significant positive impact Sullivan had on the sport.

Sullivan, a proud Welshman, made his Great Britain debut in 1967 and was awarded the captaincy five years later, leading the Great Britain side to World Cup victory in 1972.

As well as being the first black sportsman to captain a British national team, Sullivan scored a 60-metre try in the final against Australia, cementing his place as a British sporting icon. Next year, 50-years on from the 1972 World Cup, Sullivan will be at the heart of history again when the men’s, women’s and wheelchair tournaments take place across England.

The ‘Sully Ball’ was unveiled today at the MKM Stadium, the home of Hull FC where Sullivan remains the all-time leading try-scorer. The MKM stadium in Hull will host three RLWC2021 matches and those who are traveling to the games will likely approach on Clive Sullivan Way.

Fans can get their hands on the Official RLWC2021 Ball here just in time for Christmas as the perfect stocking filler.

“Clive Sullivan is a true British sporting icon. A pioneer in our sport and the captain of the last British Rugby League World Cup winning team.”

“It is important to celebrate the rich and vibrant heritage that the sport has and this is a wonderful opportunity to bring to life a key moment from past history. What Clive achieved in Rugby League is phenomenal and the wider impact he had in sport and society will always be remembered.”

“We are thankful to the Sullivan family and Steeden for their support and for the opportunity to honour Clive during the 50-year anniversary of the 1972 World Cup winning team at the biggest and best ever Rugby League World Cup next autumn.”

“My father would be both honoured and humbled to see his achievements recognised in this manner. He would, I am sure, take this opportunity to pay tribute to his teammates and the staff involved in that inspirational World Cup victory.

“For all of the family it will be very special to see him appreciated in this way and for his name to positively impact future generations within the sport.”

“To recognise Clive and his fantastic achievements as a player and a pioneer on a global scale through the official Rugby League World Cup match ball is special.”

“Clive was a fantastic teammate and continues to be a great ambassador for our game. Through this brilliant initiative we have the opportunity to educate the next generation of fans on the journey of our sport and the positive role Clive played in its success.”