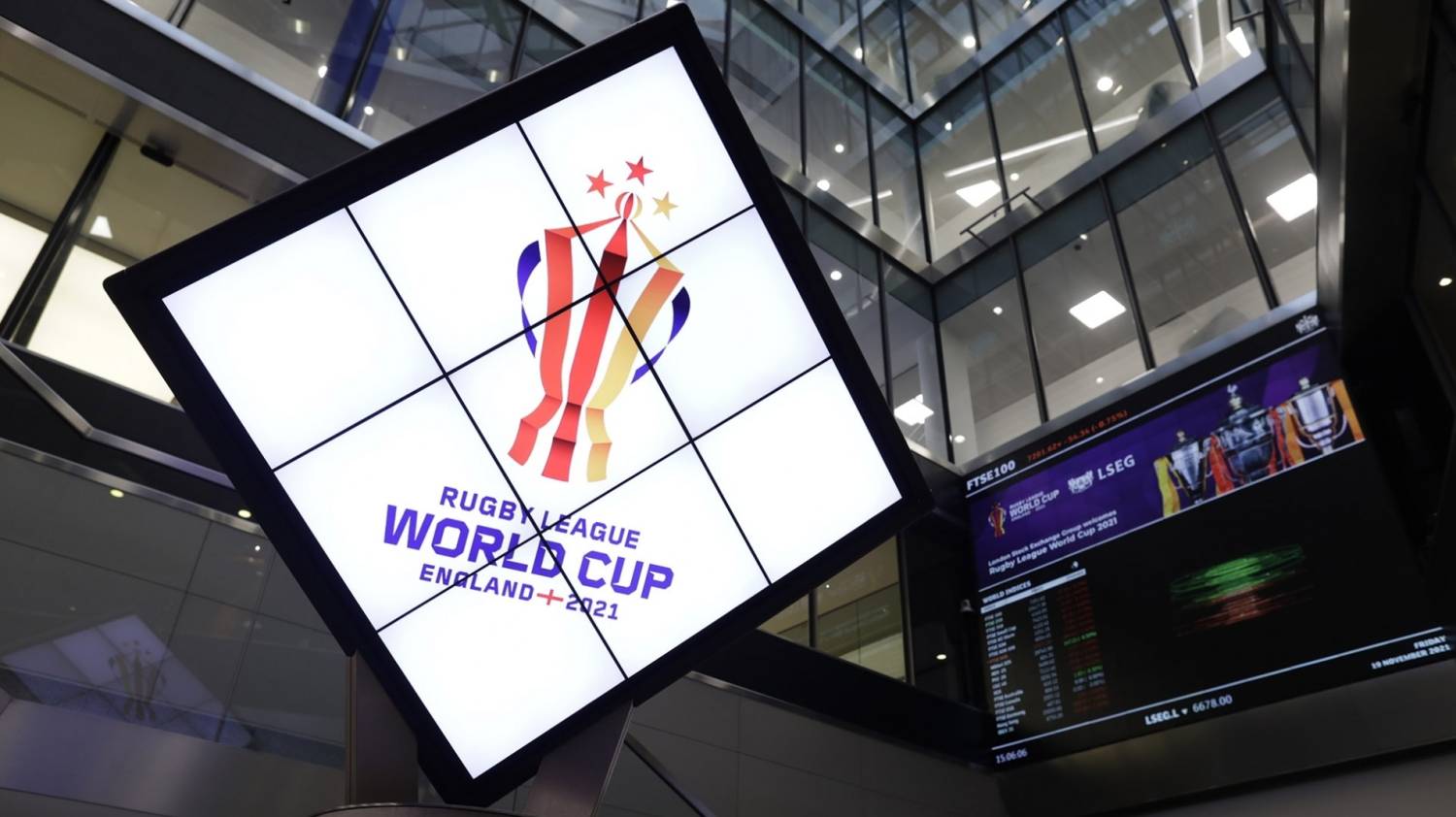 To celebrate the relaunch of RLWC2021 and the release of the revised tournament schedule ambassadors, commercial partners, former players and executives across the sport and business joined together at the London Stock Exchange to perform the famous market close ceremony.

RLWC2021 were invited and welcomed by the London Stock Exchange and HANetf to perform the market close ceremony. RLWC2021 Chief Executive Jon Dutton and RLWC2021 Chair Chris Brindley were joined in front of hundreds of guests by the tournament’s Inclusion Ambassador Oliver Thomason. 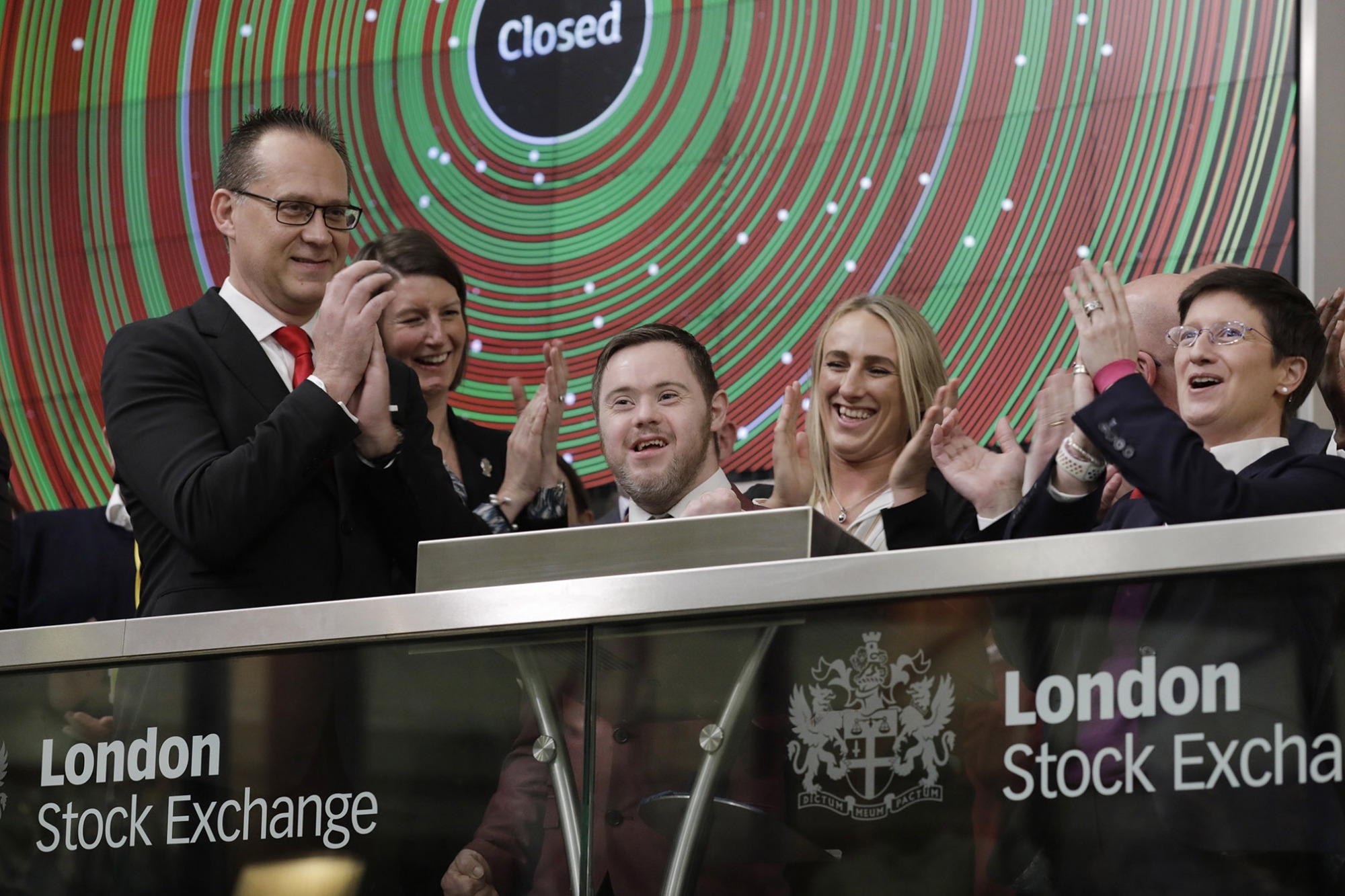 “We were delighted to be joined by the three World Cup trophies, tournament ambassadors and former players at the London Stock Exchange at a special event to collectively celebrate the release of the tournament schedule for 2022.”

“It was a privilege to be part of the unique market close ceremony and for a brief moment place Rugby League at the beating heart of the UK’s economy. I am very thankful to the London Stock Exchange, HANetf and those who made this event possible.”

Rugby League is united in supporting the people of Ukraine