Alongside Rugby Football League and Sport England, we have invested in more than 100 grassroots and community organisations through the CreatedBy small grant scheme. 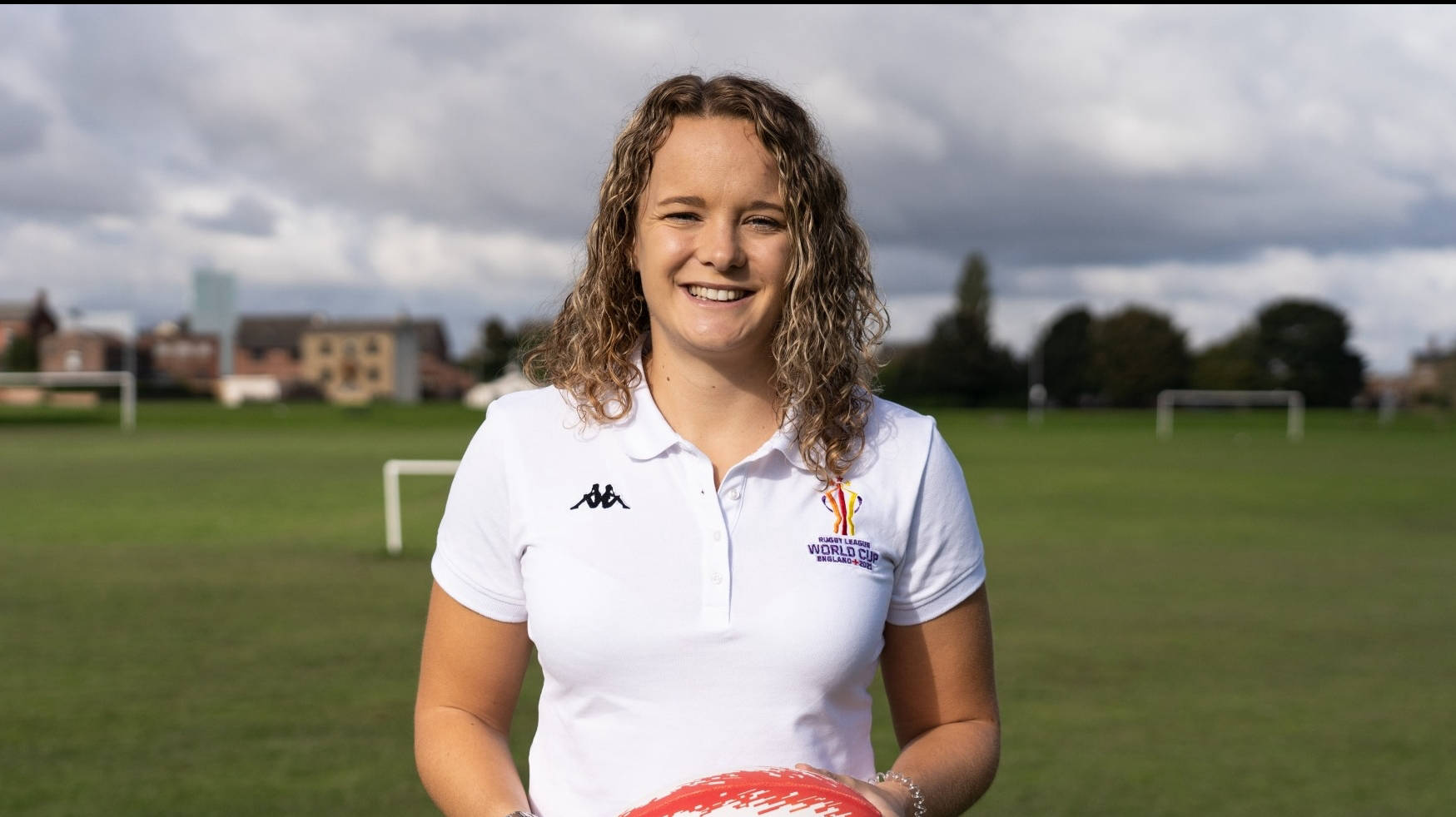 Alongside Rugby Football League and Sport England, we have invested in more than 100 grassroots and community organisations through the CreatedBy small grant scheme.

Our commitment to deliver positive social impact in communities across the country is highlights by the CreatedBy RLWC2021 Capital Grants Programme, dedicated to improving the environments where Rugby League takes place, has now awarded more than 100 small grants.

The scheme, delivered through a partnership of the RLWC2021, the Rugby Football League, Sport England and the Department of Digital, Culture, Media and Sport, gives people greater opportunities to engage with the game and to get active.

As well as delivering the news to the next recipients of the small grants scheme, Forsell also becomes the latest to join the world class roster of ambassadors for a unique RLWC2021, where menâ€™s, womenâ€™s and wheelchair tournaments will take place at the same time. Forsell will work with RLWC2021 as the tournamentâ€™s Healthy Lives Ambassador.

â€œI am delighted to be able to promote healthy lives as a part of this fantastic tournament which will deliver such a powerful and positive social impact to communities where our great game is played.

â€œThere is no better way of promoting healthy lives than by creating the environment and facilities in which people of all ages can participate in the sport. These may all be small grants, but they will have a huge impact.

â€œThis tournament is aimed to have a huge social impact and not only will we help deliver a healthy agenda but also inspire the next generation of players, officials and the all-important volunteers who contribute so much to the game.â€

Forsell, who played 18 times for England, announced that in her native Leeds, East Leeds Rugby League Club will receive one of the latest grants to transform and upgrade their facilities to provide a more usable and welcoming clubhouse for players and the community.

In York, New Earswick All Black ARLFC will receive new equipment and kit to grow their junior sections, especially the under 11s and below while in the South, Eastern Rhinos RLC in Colchester will have a grant to help develop the grassroots game in North East Essex and Brixton Bulls RLFC in London have been awarded a kit and equipment grant as they advance the game in the capital.

Liverpool Lions RLFC have received equipment to develop their new home at Adlam Park while Fryston ARLC from Wakefield and Milford Sports Club in Leeds will also benefit from this innovative scheme which aids grassroots development.

There was also a grant awarded to the Whitehaven Academy at Copeland in Cumbria which will invest in the girls 16 to 19 age group as well as developing a programme.

And at Swindonâ€™s St George Wheelchair Rugby League club the wheelchair section, which had gone out of existence some years ago, will be revived and provided with equipment needed to allow a new generation of people to become involved. Halifax Wheelchair Rugby League Club have also received funds to support the growth of their team with seven new chairs being supplied through RLWC2021 suppliers Roma.

â€œThis tournament has promised to be inclusive and nothing demonstrates that more than the grant to Halifax Wheelchair and Swindon St George Wheelchair Rugby League Club as well as that to the Whitehaven Academy. We are proud that we can help such a wide variety of community organisations through the RLWC2021 CreatedBy programme.

â€œThis tournament will also provide us with the opportunity to engage with people in some of the most deprived areas of the country. Hosting the RLWC2021 will give the sport an even more powerful platform from which to connect with these people and improve their economic and social wellbeing.

â€œRLWC2021 will see a long-lasting legacy developed for the sport through the CreatedBy Capital Grants Programme. Again, we thank the Government for backing this amazing initiative in such a positive way.â€

â€œSupporting local communities to build better spaces and more places to be active couldnâ€™t be more important than it is right now. It is great to see the positive difference this programme is making at the local level to get more people playing rugby.â€

Not-for-profit organisations have the option to apply for small-scale requests for up to Â£15,000, for items such as kits for new teams, training equipment for sessions that will engage new players, grounds maintenance equipment to increase the quality of pitches, goal posts and post protectors. Details can be found here: www.rlwc2021.com/facilities