Tees Valley’s bid to host fixtures for the Rugby League World Cup 2021 could enhance the regional economy by more than £5million. 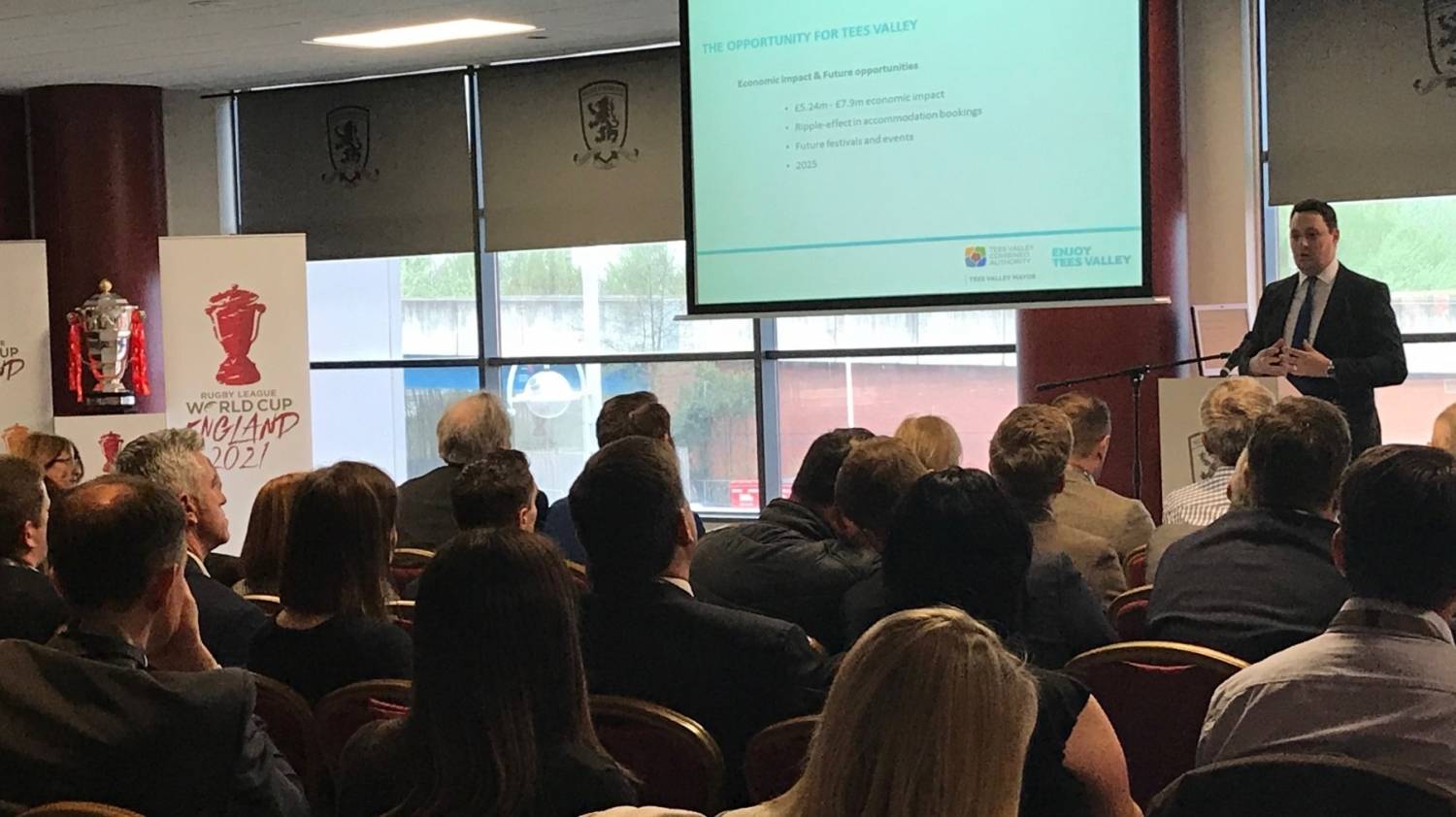 Tees Valley’s bid to host fixtures for the Rugby League World Cup 2021 could enhance the regional economy by more than £5million.

Speaking to businesses at an event to outline the benefits of a winning bid, Tees Valley Combined Authority’s head of culture, Linda Tuttiett, said that hosting matches could give the region an economic upswing of more than £5million

Also addressing the audience was Jon Dutton, Chief Executive of the Rugby League World Cup 2021, who highlighted the transformative effect that holding matches had made elsewhere.

The region has a long history of engaging with both Rugby and other international sporting events.

Darlington Mowden Park RFC has previously hosted the New Zealand All Blacks, with head coach Steve Hansen calling their facilities “outstanding” and “one of the best in the world”. Riverside Stadium has been home to major international European football matches.


#BackTheBid to bring @RLWC2021 to the Riverside Stadium in #Middlesbrough and @MowdenPark in #Darlington. WATCH 🎥🏉 pic.twitter.com/tQLVKTpUiF
— Ben Houchen (@BenHouchen) April 24, 2018


Great start to the day @Boro @TeesValleyCA #backthebid for @RLWC2021 . Event could be worth up to £8M to regional economy. @TeesValleyMayor pic.twitter.com/LBCaN5ZOoj
— Claire Wordsworth (@claire_wordy) April 24, 2018


Our bid to host fixtures for the Rugby League World Cup 2021 could enhance #TeesValley economy by up to £8million.

Get involved with the #BacktheBid conversation and read more about the @RLWC2021 campaign > https://t.co/Jf0neOv8hQ pic.twitter.com/3FwXpKi8fe
— Tees Valley Mayor (@TeesValleyMayor) April 24, 2018