The full tournament schedule which will kick off with a sensational opening day featuring hosts England, who will take on Samoa at St James’ Park, Newcastle on October 23.

The full tournament schedule which will kick off with a sensational opening day featuring hosts England, who will take on Samoa at St James’ Park, Newcastle on October 23.

We're excited to finally reveal the full tournament schedule which will kick off with a sensational opening day featuring hosts England, who will take on Samoa at St James’ Park, Newcastle on October 23.

The much-anticipated schedule, for what will be the biggest and best Rugby League World Cup ever, is historic as it includes for the first time the wheelchair event as well as the men's and women’s competitions.

The 61 fixtures in six weeks will showcase a festival of world-class sporting action which sees the women's tournament begin on November 9 at Leeds' Emerald Headingley Stadium and a double-header at the iconic Copper Box in the wheelchair event on November 11.

In another first for the tournament, Arsenal FC's home, Emirates Stadium, will host a sport other than football for the first time when it stages the second men's semi-final on November 20. While Old Trafford, Manchester will create further rugby league history by staging the men's and women's double-header final on November 27.

The blockbuster opening day of the 16-team men's tournament features not only England but also the current holders Australia, who will face Fiji in a repeat of the 2017 semi-final at the KCOM Stadium, Hull.

Leeds will be at the heart of the action when the women's tournament gets underway as hosts England start their campaign against the Brazil Amazonas, in what is sure to be a carnival atmosphere at Emerald Headingley Stadium.

England’s women will then head to Anfield, Liverpool for their next group game against Canada Ravens, which will be part of a double-header with the men's quarter final.

Current women's world champions, Australia, begin their campaign against Cook Islands at York's LNER Community Stadium, which will also host a thrilling group tie with Australia's Trans-Tasman rivals, New Zealand. York will also play host to both women's semi-finals that will be held as a double-header at the Community Stadium on November 22.

London’s Copper Box Arena - the scene of so many memorable moments at London 2012 – will host the wheelchair tournaments’ first matches, starting with an exciting double-header of Spain against Norway and then a repeat of the 2017 semi-final as hosts England take on Australia. The wheelchair champions will be crowned on November 26 at the M&S Bank Arena, Liverpool.

In the tournament seedings, hosts England are allocated the number one spot for the three tournaments, while the current holders of all three World Cups (Australia men's, Australia women's and France wheelchair) take the number two seed. The remaining two seeds in each tournament is based on current IRL world rankings**.

The tournament ticket pricing information will be released on August 21 and then, a month later on September 21, tickets will go on priority access sale to loyal fans of RLWC2021 and the rugby league community who have signed up to the RLWC2021 database.

On October 23, a year to go until the groundbreaking tournament, the public ticket ballot will open, with fans able to apply for tickets at all 61 fixtures. Any remaining tickets will then go on general sale in early 2021.

Jon Dutton, RLWC2021 Chief Executive, said today: “This is a huge moment for the tournament and for fans across the world as we reveal the full fixture schedule.

"The tournament has been gaining momentum over recent months and fans can really look forward to being part of this unique, global event. With match dates and locations confirmed, the excitement will only intensify.

"RLWC2021 will bring together the very best that the sport has to offer, and you can see from the schedule there are world class, compelling matches, across all three tournaments.

Please visit www.rlwc2021.com/signup for more information and for details on how to receive ticket alerts and all the latest news first.

*All fixtures are subject to change as broadcast plans are finalised. 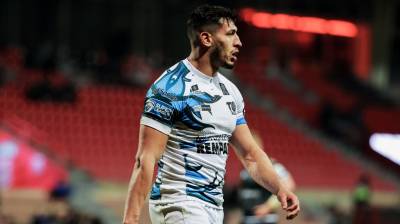