The five successful projects, part of the tournamentâ€™s wider InspirationALL legacy initiative, will receive a total funding from RLWC2021 of Â£835,000 contributing towards projects totalling over Â£2m of investment. 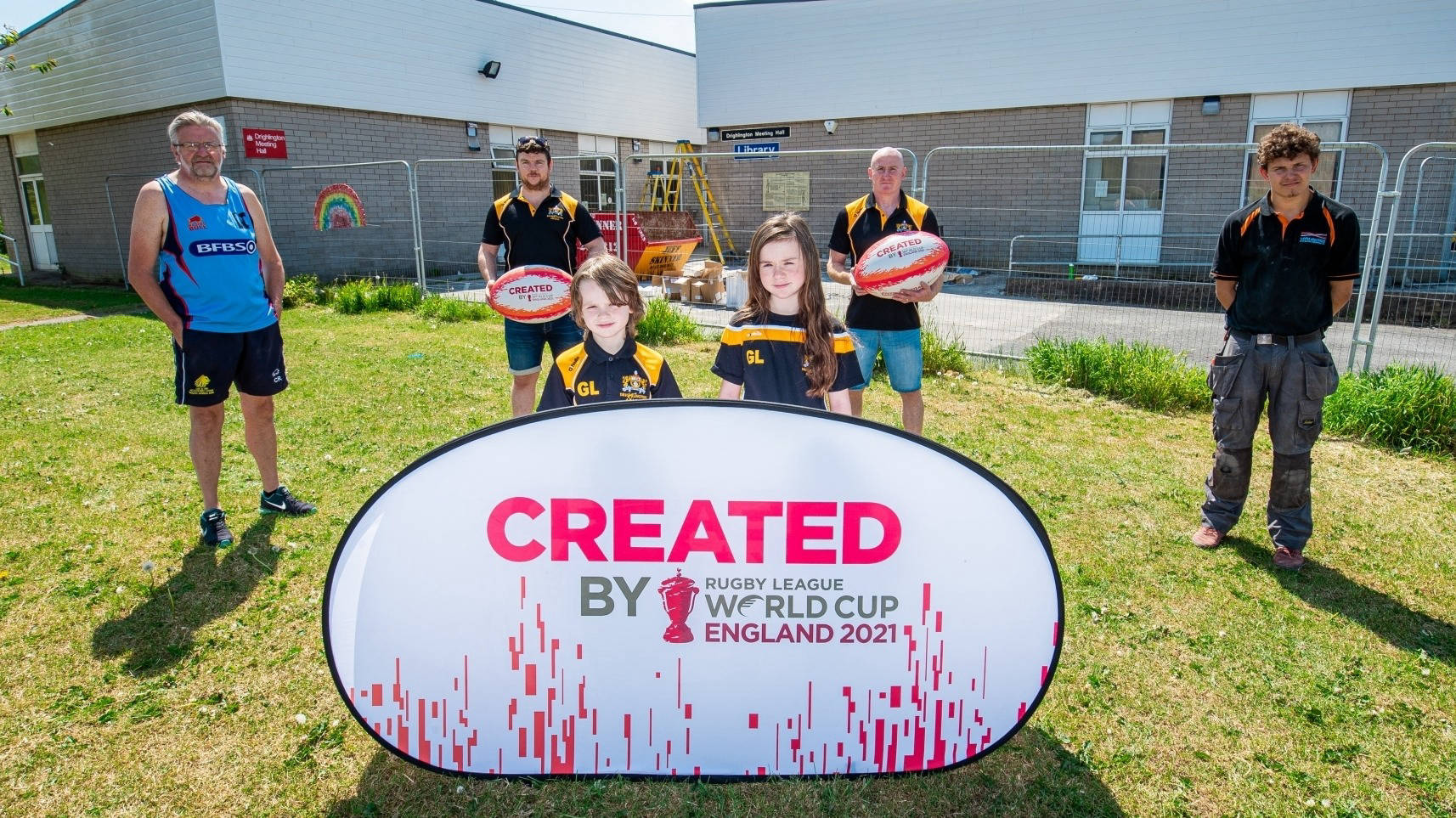 The five successful projects, part of the tournamentâ€™s wider InspirationALL legacy initiative, will receive a total funding from RLWC2021 of Â£835,000 contributing towards projects totalling over Â£2m of investment.

We are pleased to announce the latest recipients of our CreatedBy large grants for community clubs and organisations. The five successful projects, part of the tournamentâ€™s wider InspirationALL legacy initiative, will receive a total funding from RLWC2021 of Â£835,000 contributing towards projects totalling over Â£2m of investment.

The CreatedBy Capital programme is focused on improving existing facilities or creating new ones with the aim of building community hubs and encouraging more people to play rugby league. As well as delivering a wider social impact to the local residents of communities in which they are based. These much-needed investments come as a boost during a challenging time, with the projects representing the hard work of the volunteers that have made them happen.

These much-needed investments come as a boost during a challenging time for communities across the country, with the projects representing the hard work of the volunteers that have made them happen.

The grants have been awarded to the following clubs with some projects nearing completion:

Drighlington ARLFC (Leeds) - The project will see the club relocate their clubhouse facilities to the nearby Community Library and Hall. The facility will be refurbished so that it can be a multi-purpose community space and the four existing changing rooms will all be refurbished. The project will help to secure the future of the library and community centre, which are valued community amenities as well as providing improved facilities to encourage more people to get involved in rugby league. The project is already underway and is due to be completed next month (June).

Wath Brow Hornets ARLFC (Copeland) â€“ In Cumbria, a purpose built 24m x 20m indoor training facility with an artificial playing surface will be constructed to provide a new space for all their sides and age groups, further protecting their main pitch and providing more opportunities for young players to learn skills in a better environment. The facility will also act as a community exercise and fitness space hosting daily sessions.

Orrell St James ARLFC (Wigan) â€“ A new high-quality club house, brand new changing facilities and two new playing pitches that will accommodate the club's expanding teams and players will change the fortunes of Orrell St James ARLFC. The aim is to boost membership further and encourage more participation from the local community, with emphasis on the growth of its girls and womenâ€™s teams.

Westhoughton Lions ARLFC (Bolton) - The Lions will create a new fully accessible clubhouse with new team and officialâ€™s changing rooms, male and female toilets and shower rooms, a function room, offices and meeting room as well as a new bar, cellar and kitchen. This will create a community hub for the people of Westhoughton and beyond, providing a wealth of opportunities to improve their physical and mental wellbeing, while encouraging people from all backgrounds to play rugby league.

Dewsbury Moor ARLFC (Kirklees) - The first phase of the project will see the club refurbish and extend the existing changing room pavilion to provide a new bar area, kitchen and dining area, purpose built function room, new toilets, six new changing rooms with shower and toilets (including purpose built female changing rooms). It will also include a gym and additional storage, as well as car park and access improvements to service its existing users and the local community. The second phase will transform the current facilities at the club and provide a bespoke training area.

â€œA staggering Â£2 million invested in these projects will undoubtedly have a very positive impact on the future of rugby league. The five projects that have been awarded large grants via our CreatedBy Capital grants programme all demonstrated an excellent vision for how the funding will be used to deliver a wider impact on their local communities.

â€œWe are confident that these new developments will become established hubs for local people, help local players at a grassroots level and have a real positive impact on the development of rugby league in the future. Rugby League World Cup 2021 would like to wish all the projects and clubs the very best of success and we look forward to seeing the finished outcomes.â€

The CreatedBy Capital programme is funded by government investment and delivered in partnership with the RFL and Sport England.