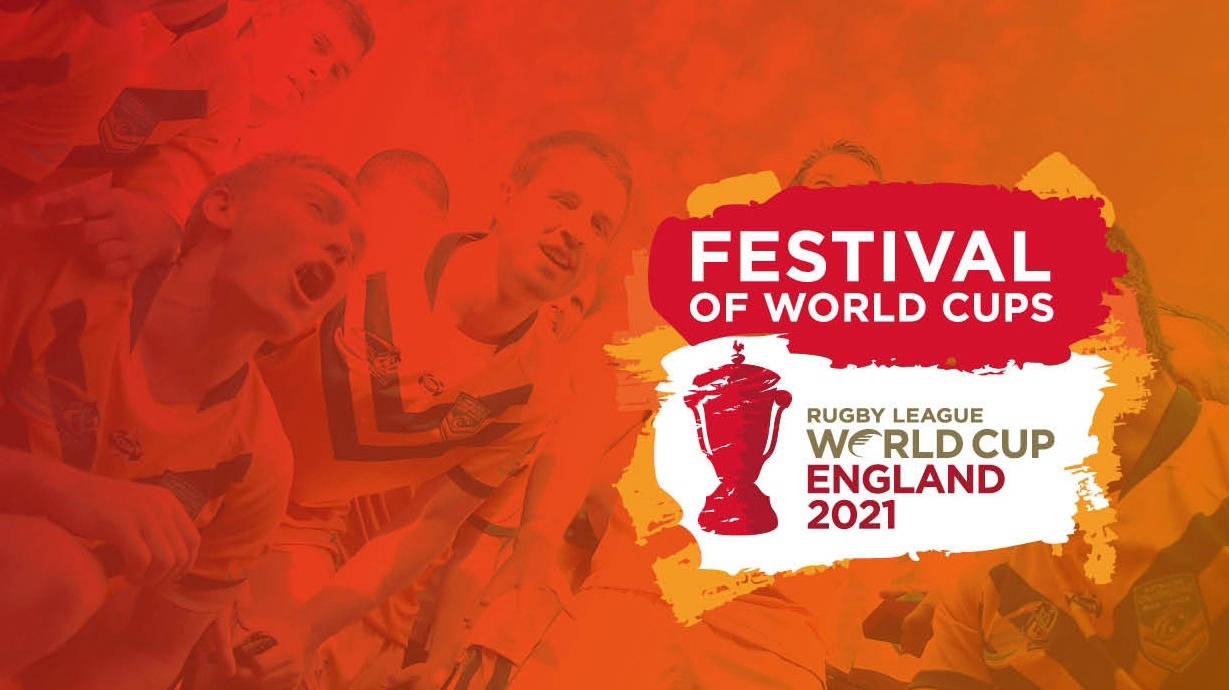 There have been a record number of expressions of interest in participating in the Festival of World Cups which will be held in Greater Manchester in the summer of 2021.

Members of the Rugby League International Federation were asked earlier this year to indicate their interest in a number of events delivered in partnership with the Rugby League World Cup 2021 (RLWC2021)â€“ a first Emerging Nations tournament for Women, in addition to menâ€™s and womenâ€™s tournaments for Students and Armed Forces, and a menâ€™s Police World Cup.
Almost 90 expressions of interest have been received from 30 countries ranging alphabetically from Albania to Vanuatu â€“ meaning that full proposals can now be worked up for all the advertised competitions, with formal invitations to be sent out.
Colin Moore, the tournament director for the Festival of World Cups on behalf of the Rugby Football League, said:

â€œThe response has been excellent, and we expect to hear from more nations that may have missed the original deadline â€“ for example regarding the menâ€™s and womenâ€™s student events after the summer break.

The womenâ€™s Emerging Nations tournament is currently the most subscribed, and interest in all of the events has been encouraging.

We are working closely alongside our partners including all Greater Manchester authorities to finalise the plans now we know that the competitions are viable.â€

Expressions of interest have also been invited, and received, for a potential menâ€™s Emerging Nations competition. Discussions are ongoing with the RLIF, as that competition can only take place as a full part of the Festival of World Cups in the summer of 2021, rather than being played later in the year linked to the main menâ€™s, womenâ€™s and wheelchair competitions that will form Rugby League World Cup 2021.

â€œWe understand that some players may be involved in club competitions, but with two yearsâ€™ notice, we hope that they can work out a release - and it also encourages domestic players in emerging nations to take their opportunity.â€

â€œItâ€™s great to see that so many people have shown interest in taking part in the Festival of World Cups in 2021. This will be a brilliant celebration of people from different backgrounds coming together to play their variation of Rugby League as part of the RLWC2021 family.

We are particularly pleased to be the first ever hosts of the Emerging Nations Womenâ€™s World Cup which once again demonstrates the huge growth that the international womenâ€™s game is seeing at the moment.

â€œItâ€™s an important part of the RLIF role to deliver an appropriate programme of matches for all the members, the expressions of interest received demonstrate that there is enthusiasm for the exciting and ambitious programme proposed. We are all looking forward to seeing these plans come to fruition.â€

It has already been confirmed that Physical Disability Rugby League (PDRL) and Mastersâ€™ events will run alongside RLWC2021 in October and November, in Warrington and Newcastle respectively, and the organisers are in dialogue with Learning Disabilities, Touch, Tag and 9s organisations to extend the celebration opportunity.