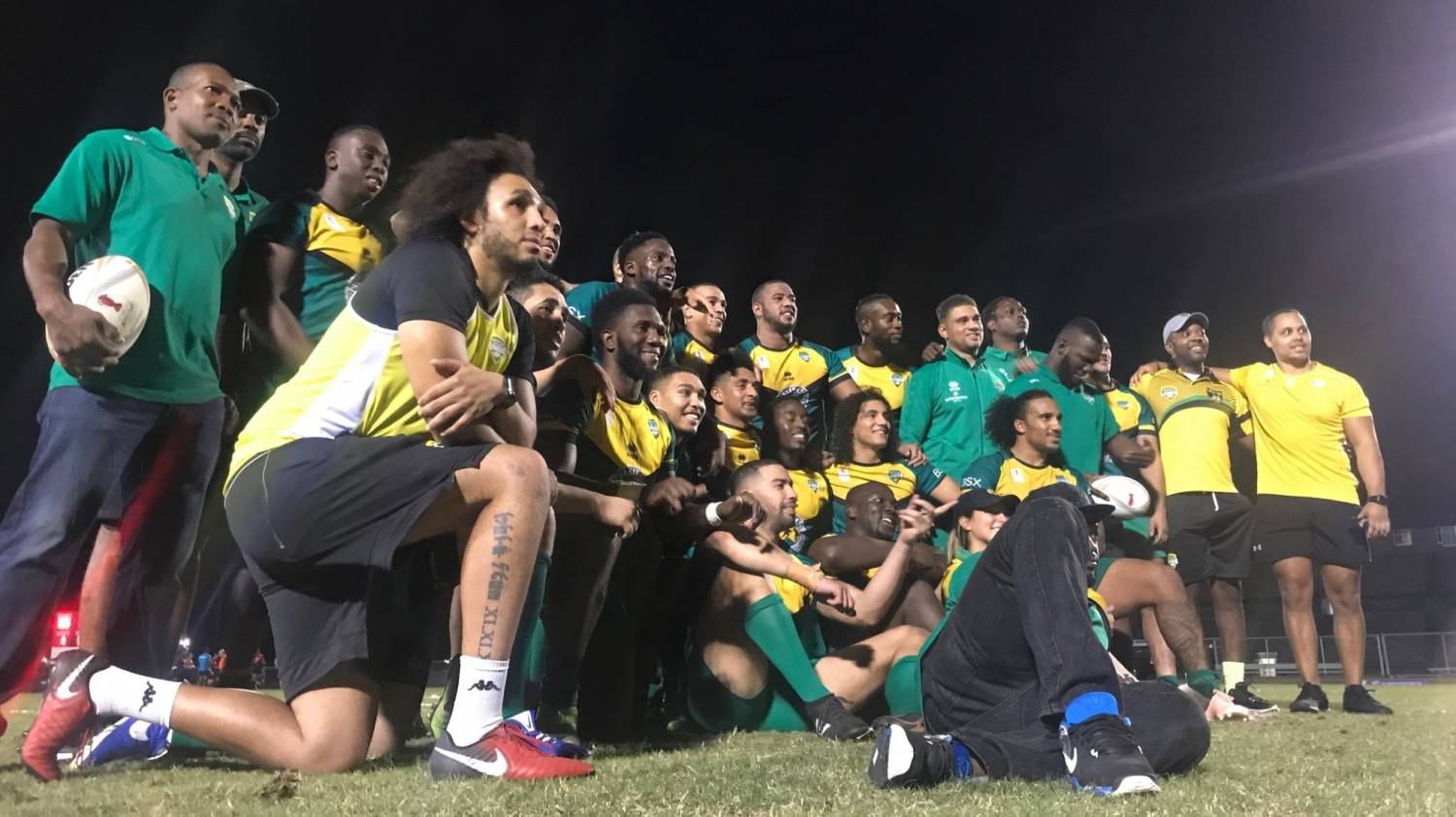 Jamaica declared they were one game away from changing the face of rugby league in England by qualifying for the 2021 World Cup.

The Reggae Warriors beat Canada 38-8 at Jacksonville’s Hodges Stadium on Tuesday night to go into the final play-off for the 11th men's spot in the tournament - against the United States who later convincingly beat new boys Chile 62-0 at the same venue.

While rugby league is reasonably well established on the Caribbean island, it’s in the British Jamaican community that the team believes it can unlock huge potential for the sport - of the type Tonga has around the world.

“I lot of people wouldn’t know that Jamaica have a rugby league team but after this week we’re hoping very much that everyone who plays rugby league and everyone involved in rugby league will know that we’re here,” said coach Jermaine Coleman said.

“It’s going to be an historical event.

“We came here with a job to do. Ultimately, we felt like we let ourselves down the last two times we came. We came here with the best squad we’ve assembled and we climbed up the rankings the last couple of years.”

“USA’s been there a few times, Jamaica’s been there or thereabouts. Personally I think its time we had a bit of the West Indies in the World Cup.”

Coleman’s side was made to work hard by a much-improved Canadian team that suffer some unfavourable calls late in the first half when it was matching it’s more experienced rivals.

After prop Jonathan Magrin scored for Jamaica in just the seventh minute, Canada hit back via winger Emil Borggren.

Fullback Ashton Golding responded on the Reggae Warriors behalf and then came the Wolverines run of outs: Ash Calvert was held up over the line, Rhys Jacks had a try denied for obstruction.

Still, Christian Miller managed a Canuck try and it was just 12-8 to the Jamaicans.  Then the North America side claimed another try which was chalked off by Super League referee Ben Thaler. Then a ball-steal on a Jamaican in his own red zone was over-ruled.

Only then did the Jamaicans alert their superiority. Centre Ben Jones-Bishop glided over on 51 minutes, prop Lamont Bryan used a combination of power and footwork for his core and it was suddenly 26-10.

“We finished the game off in a bit of style,”

“It’s pretty disappointing. We certainly didn’t come over here to do that.

“But then you realise how proud you are. In the first half, the referee makes a different decision and all of a sudden you’re going into the second half leading with the wind at your backs.

“Sometimes a decision or the bounce of the ball hurts you. We faded away at the end..”